Rats Live On No Evil Star

I met Pizza Rat in 2016 when he found my secret stash of online parmesan cheese and realized I was the artist who needed to draw his comic. He's a nice rat, very soft and fluffy and will just sit on the couch next to you for two whole seasons of Parks and Rec. I enjoyed my time interviewing Pizza Rat, though his children were a bit much for me. They were all over the place, some more talkative and engaging than others, some peeing on this and that. Thankfully, I didn't always have to meet up with their kids when we had the interviews.

The rat, the legend, the dad, Pizza Rat and I shared many of amazing moments. One morning when he showed up at the diner, he took a seat on the table and I started the interview, but he just decided to eat mustard that was spilled all over the table by a previous guest. He was really zen during those days. I wish I had worn a go-pro camera on my head so I could have captured those moments and posted them to the internet, though I had to sign a waiver saying I wouldn't do that.

After 7 issues of Pizza Rat, I had the rug pulled out from under me and Classy Rat Industries revoked my funding. It turned out that Pizza Rat didn't seem to like how I was drawing him. Looking back at the pages, I can see what he meant, it's not very flattering the way I was drawing him. I think I would do a better job nowadays, with my more advanced rat techniques. Who knows, if I play my cards right, maybe I'll be able to strike up another deal with Pizza Rat. Though, since he's gone into cryogenic stasis, it's made dealings with his estate quite difficult. His daugher, Strawberry, is competent but tight-lipped. 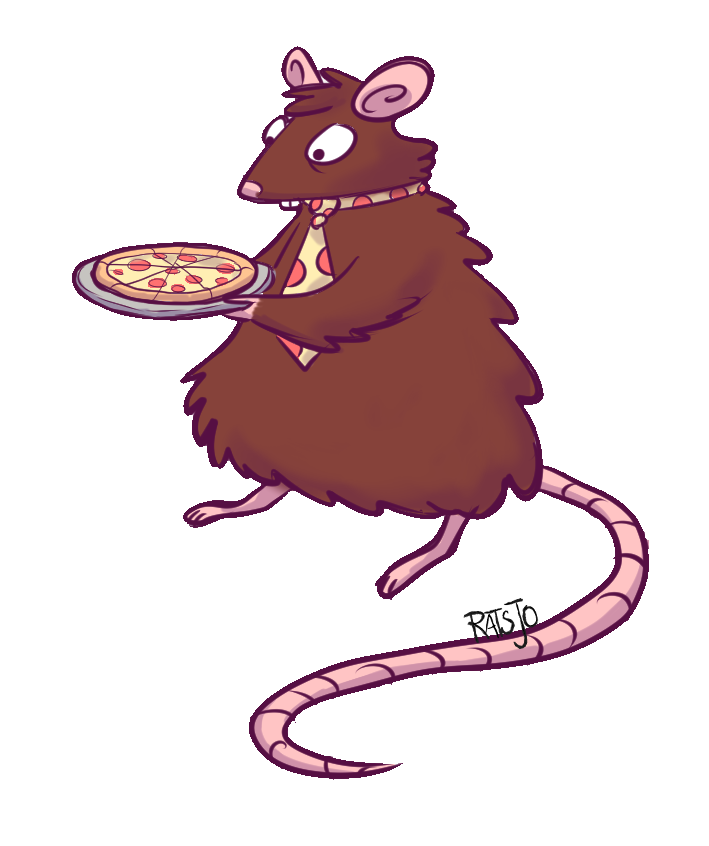